Konditor have been baking handmade mince pies for over 25 years as well as being described as the Best Mince Pies in Britain, by The Telegraph, it has now also won a Great Taste Award and has been awarded with 2 stars!

We all know that Mince Pie’s our one of our Nations favourite Christmas treats but this year Konditor decided to really find out who eats the most mince pies. A ‘mince pie map’ of the UK, based on a survey of 2,000 adults, revealed Londoners will munch down an average of 15 mince pies per person this festive season, eclipsing the residents of Gloucester who only manage an average of six, but behind the mince pie eating champions of the UK in Liverpool who consume an average of 20.

We have also discovered that the 02 December is officially the date that is seen as acceptable to tuck into their first mince pie of the season but we also found out that 11% of the nation have been eating them since October!!

Gerhard Jenne, co-owner of Konditor said: “Tucking into a mince pie is truly a sign that Christmas is on the way. Everyone seems to have an opinion on mince pies and comment on when we are eating the first one of the year.
“Our survey found the nation as a whole loves a mince pie and our mission is to bring people together over our cakes and mince pies. And this year, to help spread that joy further, we are introducing our first vegan mince pie.”

Daydreaming about the first mince pie of the year was picked by almost a quarter of Londoners as something they look forward to most about the festive period and another 28 percent admit they are looking forward to gorging themselves on all the delicious festive food.

Paul Cons, CEO and co-owner of Konditor said, “We’ve handmade over 2.5 million mince pies in our time, and will make at least 200,000 more this year. “The fever for them will ramp up and we expect Saturday December 21st to be the busiest of the year in terms of mince pie sales.”
“And lucky Londoners can pay us a visit, we’re confident they’ll eat more than their usual 15 if they do,” concludes Cons.

All our Mince Pies are available for Nationwide Delivery. 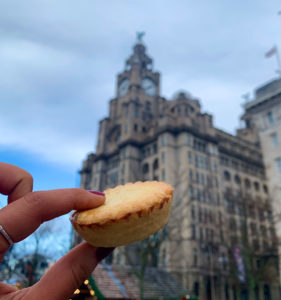 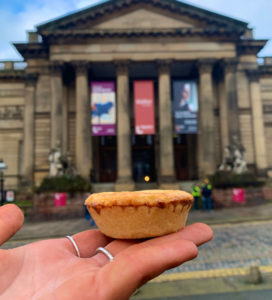